Hungry Hubby and I just love Wagamamas.  We always order their prawn kushiyaki (and eye each other up suspiciously in case either one of us thinks they are getting the one which is left as they are served in odd numbers) but otherwise, pick almost at random and have almost never been disappointed in doing so.

The only problem is, Wagamama really is pricey for an albeit “healthy” fast food restaurant and we can’t go more than a few times a year. When we recently discovered a new dish that we, somewhat unseemingly, fought over for the last mouthful, I just knew I had to recreate it at home so we could have it much more frequently.

And I’m so delighted this Teriyaki Duck Donburi was so simple to work out.

A “donburi” is a Japanese dish which is served in a large bowl – which is also the literal translation of the word. It always starts with a base of rice but can be topped with various meats and vegetables. It’s good and frugal as the meat can be stretched really far and also, you can use up the veg in your fridge.

This duck donburi starts with cooking some duck legs in teriyaki sauce until they are lacquered with that glorious sauce, the fat has rendered away and the meat fork tender. 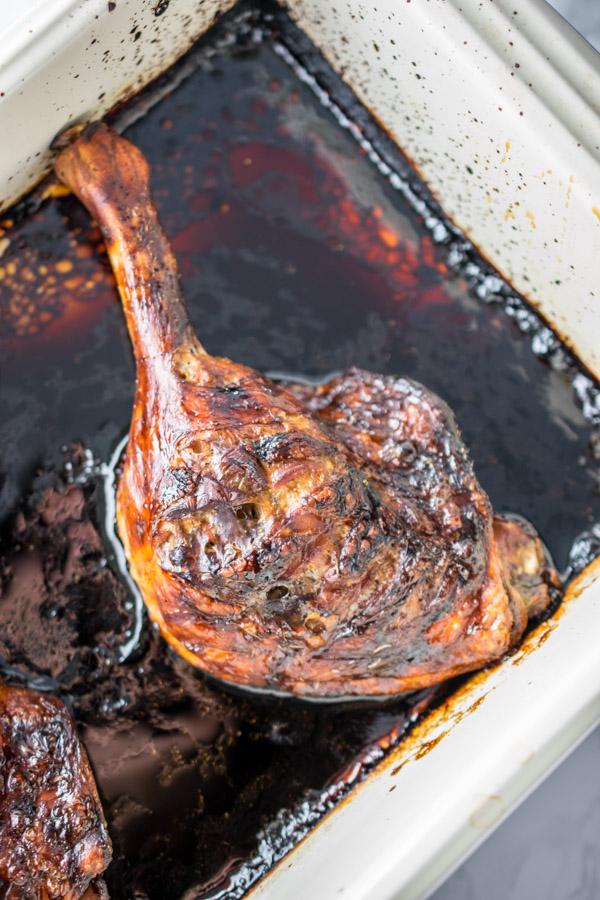 If you have only ever bought meats already marinaded in teriyaki sauce or bought a bottle of it, you might be surprised to learn it is simply equal quantities of mirin (a sweet rice wine), soy sauce and saké (you might have already got a bottle of saké in the cupboard from making my Saké Salmon).

Duck legs are a much tougher cut than chicken so they do need 90 minutes in the oven but you can make this ahead, it freezes well and the rest of the dish comes together in a jiffy. 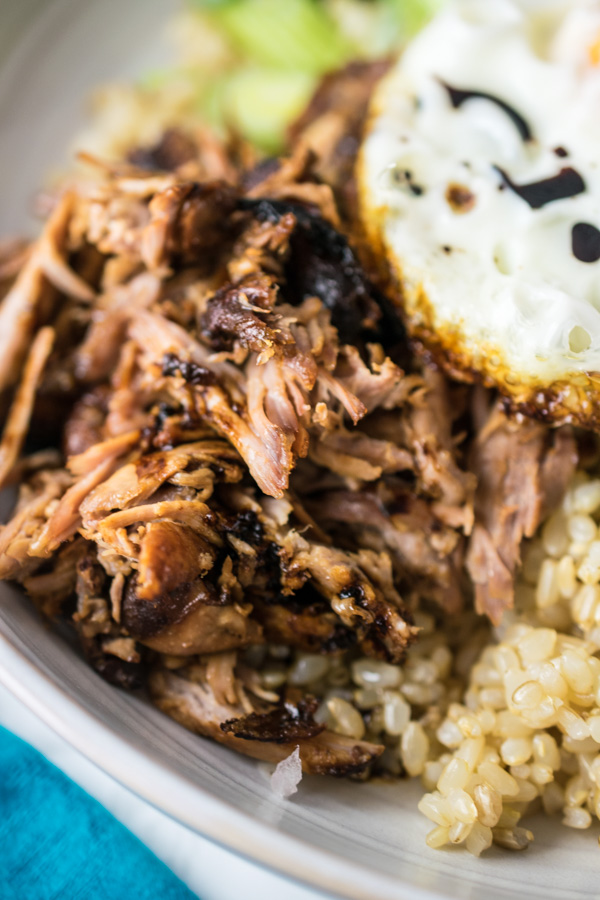 The duck is rich and the teriyaki flavour full on so the rest of the dish is really simple. I think Wagamama’s was giving a nod and a wink to crispy duck pancakes as two of the toppings for the rice were shredded spring onions and finely grated cucumber. And it works superbly well! Shredded mange tout, carrots and a little grated shallot finish the vegetable portion of this donburi.

The unifying element of this dish is a gloriously golden fried egg with a runny yolk that you poke and burst and mix in with the other ingredients for the most wonderful flavour and textural surprise. I cook them in crumpet rings so they come out perfectly round but you can just cook the eggs in a pan without the, of course.

The final element of the dish is the rice. I’ve gone with short grained brown rice which I buy in Holland & Barrett.  As I have an Instant Pot for the two of us, I do 1 cup of the rice to 1.25 cups of water then give it 22 minutes and a natural pressure release but you can do it on the stove.

Sticky rice or sushi rice would be my next alternatives; this is one dish I don’t want the perfume of basmati which is my otherwise all time favourite rice. Now go grab a napkin along with your chopsticks and dig into your bowlful of humble ingredients which together, are so much more than just the sum of their parts. 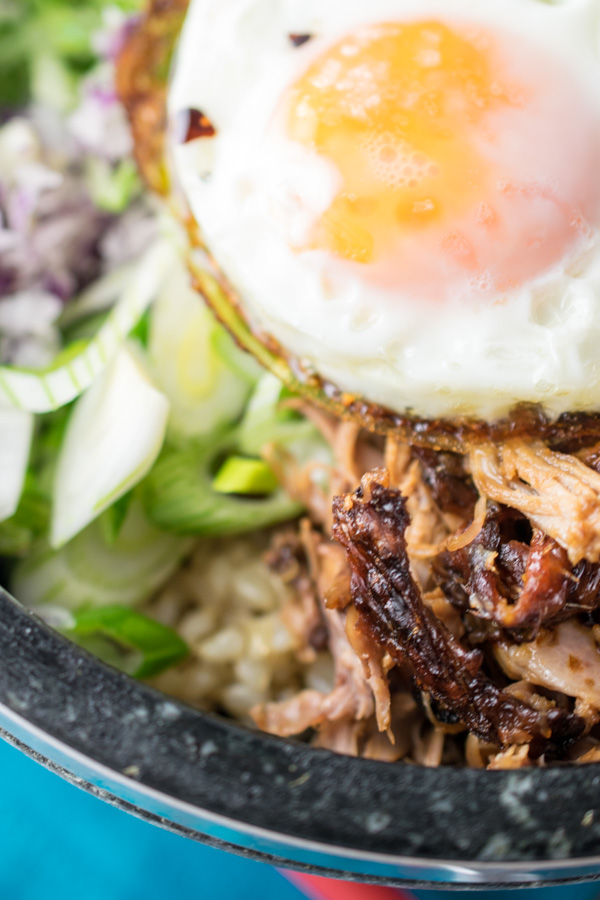 It might take a while to cook the duck legs until tender and crisp but the rewards are so worth it. A little bit indulgent but also full of nutritious brown rice and raw grated vegetables. 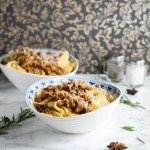 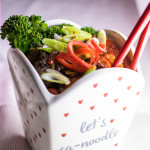