Hola!  This post is coming to you from the temperate climes of Lanzarote.  Hungry Hubby and I are holidaying with my folks and it’s really rather lovely.  The sun is glorious and nothing is done in a hurry.  Our wifi is hit and miss but actually, I’m mostly enjoying switching off from the world back home for a wee while as soon enough, the inevitable madness of life will start again.

Knowing I’d be away for Stir Up Sunday, our Christmas pudding was made and photographed several weeks ago which was also before I dropped and destroyed my poor DSLR, Nicky the Nikon! Fingers crossed he’s been fixed or repaired by Nikon whilst I’m away or my blog will be in deep doo-doo indeed.

Our pud is now wrapped up and maturing nicely back home in the Apple Chapel as we force ourselves to enjoy an ice cream or three besides the pool or sea front. Honestly, the things you force yourself to do in the name of food blogging… 😉 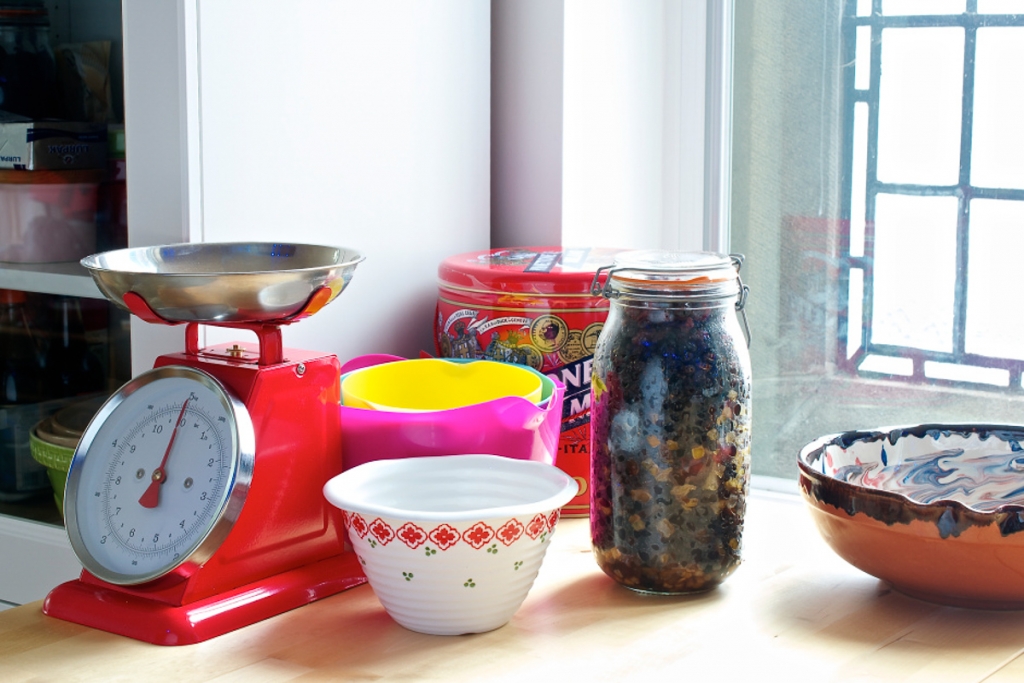 In preparation for Christmas, I like to empty all my bags of dried fruit into one big jar and soak in booze – this year, it was a quarter of a bottle of rum leftover from making a lot of caneles and a few dark’n’stormy cocktails ;). There are plenty of recipes out there which are quite particular as to which fruits you should use for Christmas cakes and puddings but I must say I pay little attention to these bossy instructions and instead favour clearing out the cupboards of sultanas, raisins, cranberries, currants, citrus peel and glacé cherries etc.

It’s very satisfying to empty out half used packets and I see no reason why you can’t make your own mix to suit your own family’s preferences.  People can be very peculiar about dried fruit but that’s ok, it’s almost Christmas and if you are offended by currants, abhor glacé cherries or feel citrus peel is the spawn of Satan then crack on and remove them from the mix!

For all my love of kitchen experimentation, I think it’s hardly fair to force your loved ones to let go of their long-held food memories and traditions come the Yuletide. 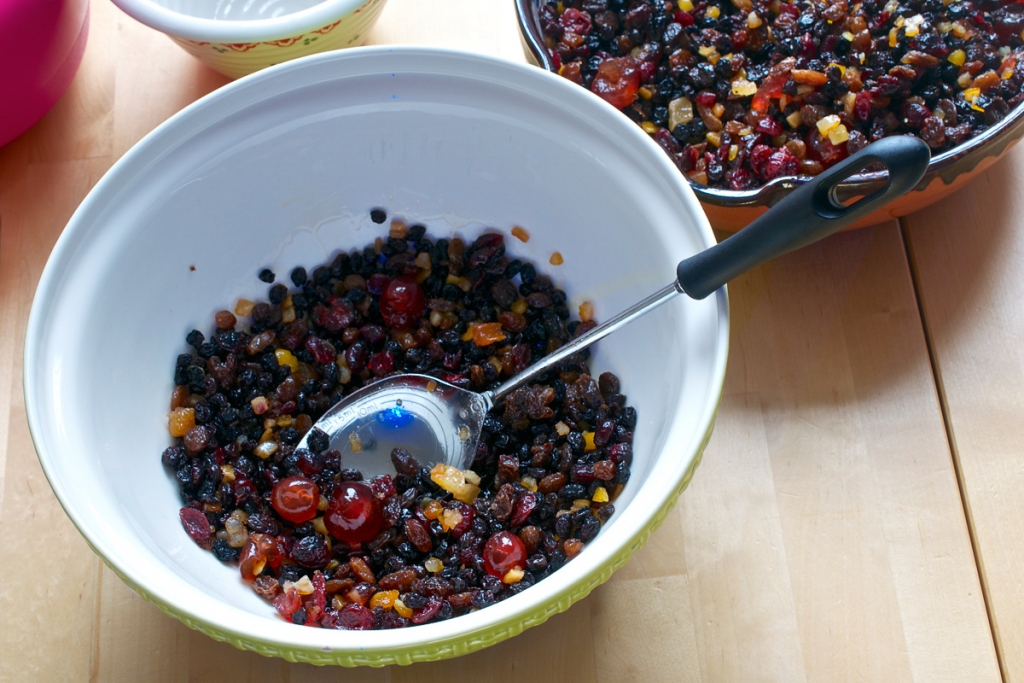 That being said, I did allow myself a little rogue behaviour in my method of cooking this year’s rich and boozy Christmas pudding – I made it in my slow cooker. It always bothers me when steaming in a saucepan on the hob that it will run dry or the heat will be too fierce and crack my basin. A little daft as they are designed with this use in mind but it is one of my idiosyncrasies.

Plus, the notion that come the Big Day we could free up a coveted spot on the hob by reheating in the slow cooker was very appealing. To feed our hungry hoard all their favourite vegetables and plenty of gravy mean each burner is already spoken for, well in advance of the day.

I plan on plugging the slow cooker in in the conservatory with our pud in on low once I wake on Christmas morn and even, use a second slow cooker to reheat the red cabbage which will be served alongside the turkey. Christmas 2014 in the Cranny clan household is clearly going to be planned with military precision rather uncharacteristically!

It’s quite hard to overcook a Christmas pudding when steaming, be it in a slow cooker or in a pan. It’s a deliciously dense mix and the heat will slowly permeate through all the dried fruits and whatever additions you wish to make.

My recipe is in no small part based on Nigella’s Ultimate Christmas Pudding from Nigella Christmas. I’ve tweaked it and found a version which converted the members of our family who claimed to hate Christmas pud before now. They now say they hate the shop bought variety and if you fall into this category, I urge you to give this one a go. I use a more generous proportion of fruit and like to use some candied citrus peel in the mix rather than zest alone.

Also, having made more rich fruit cakes than you can imagine for my fruitcake crazy family, I’ve found Tia Maria to be the best booze to add a little festive cheer into the mix. I have a loose wrist when measuring it and if I hadn’t soaked this year’s fruit in rum, they would have been steeped in extra Tia Maria too.

Actually, I’ve found a local supermarket here in Lanzarote which is practically giving away the Frangelico it’s so cheap so I shall experiment with that to make a gluten-free miniature pudding for my dad with nuts added too and will get back to you with the results.

Like I cleared out my dried fruit stores in making this recipe, you could clear out your booze cupboard and use whichever liqueur you fancy. 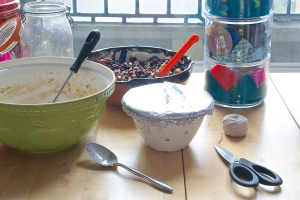 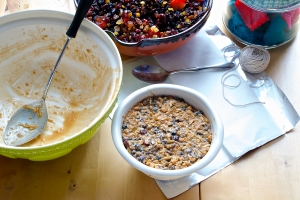 Perhaps slightly nonsensically, I can’t bring myself to use suet which is the most traditional fat of choice for such desserts but instead, I replace it with butter. This is for two reasons – the first being I can’t forget how absurdly unhealthy it is (not that I’m claiming butter to be the healthy choice but it’s Christmas and it is allowed!).

Secondly, I never use a full packet even at this time of year so it goes to waste more often than not. I’ve never encountered a problem – structural, textural or flavour wise – from replacing it with butter so you can sleep soundly with your choice, either way!  I can’t encourage you enough to try this delicious pudding which tastes like the very essence of Christmas itself. 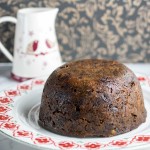 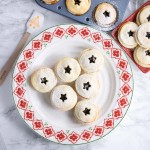 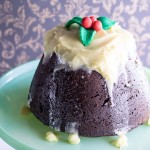