Is it just me, or do you think the idea of an Oreo is oh so much better than that of the taste of one?

Being a Brit, I was first lured to nibble the black and white cookie after seeing TV shows and movies where American kids eat them in a twist, lick, dunk fashion alongside a large glass of milk to wash them down with. As much as I like to crumble them into brownies or frosting for cupcakes, the texture is dry and really, they don’t taste of much. Shocking, I know, but true!

As with pretty much everything that you can possibly cook or bake, the Oreo is oh so much better made at home. You know I love to recreate confectionary at home and usually, I’m really striving to recreate the flavours and textures of the mass-produced version but with ingredients that I know and trust, and none of the nasty extra preservatives, anti-caking agents and goodness knows what else.

Like my Homemade Rolos, or Macarunchies (Crunchie Macarons). But with the Oreo, I decided to come up with a recipe which matches my dream of what the cookie should taste like, as opposed to the dry and mealy reality of the commercially available cookie! When Hungry Hubby’s boss wanted me to make a giant Oreo for son’s 18th, after making a giant choc chip cookie for her daughter’s 21st I jumped at the chance to get creative in the kitchen once again.

They were some lucky kids I hasten to add as not only did they get their favourite cookies made into giant versions, they each got a chocolate cake (this is my go to one) – hers was a Minstrels and Kit Kat anti-gravity cake and his was a Haribo extravaganza! 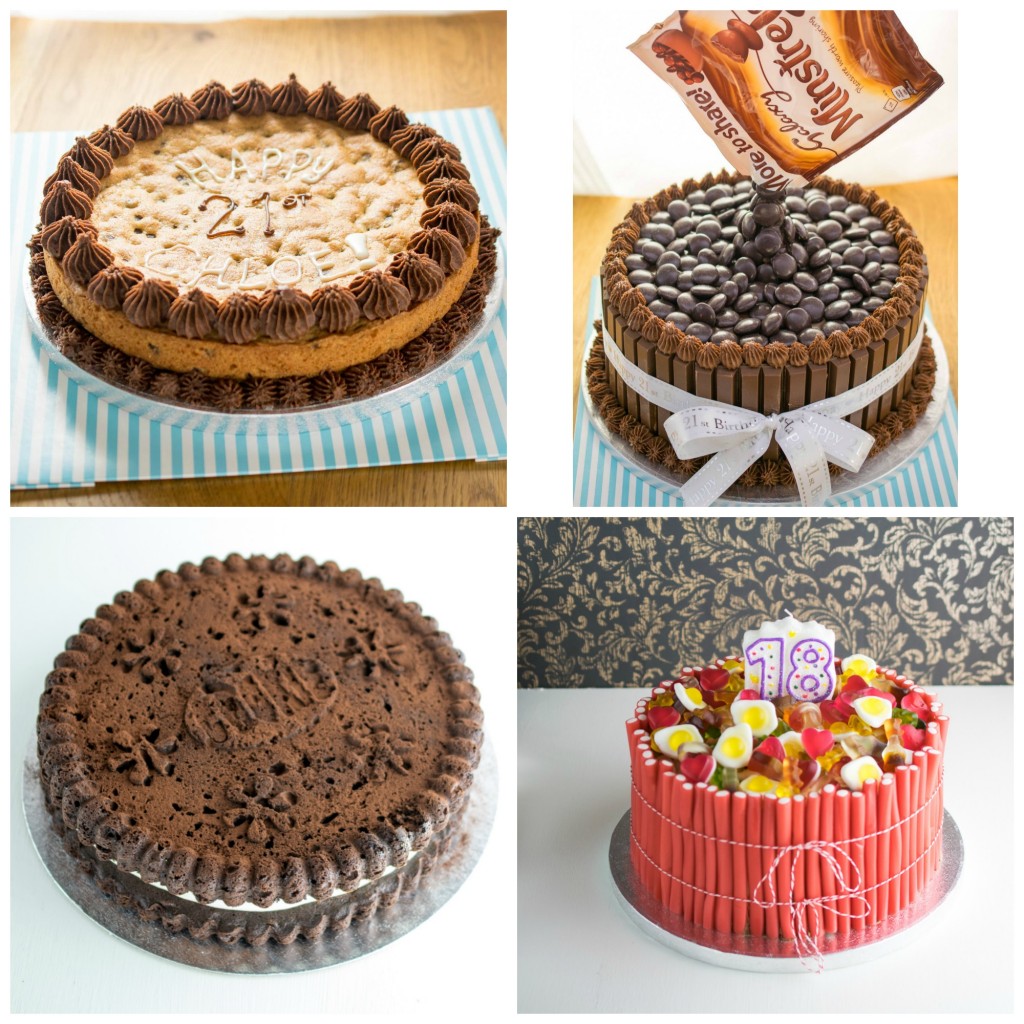 My homemade Giant Oreo Cookie is exactly what it says on the (cookie) tin. It’s a huge 10 inch diameter dark chocolate cookie sandwiched with a real vanilla buttercream (make your own vanilla extract, it’s so worth doing in simple bakes like this one).

on Amazon and at the time of writing, they are only £4.97! A total bargain with the added bonus of being good quality silicone which is easy to unmold doesn’t impart an aftertaste and they have a really good design too.

You can use cake mix in them if you fancy an Oreo cake but I’ve kept true to the original and gone for a giant chewy, fudgy, chocolate cookie instead. I love Callebaut Extra Brute cocoa at the best of times but especially so in cases when I want a very darkly coloured chocolate cake.

Together with the dark muscovado sugar which lends treacly chew to the finished bake, this truly is a black and white cookie worthy of devouring, with or without a huge glass of milk. I dusted a little cocoa powder on the cookie to help show the details for the photographs here so it looks lighter than it is in reality.

A perfect party piece, and great for cookie monsters who would rather have the chew of a good cookie than the soft, tender crumb of a chocolate birthday cake (…or as well as in the case of Hungry Hubby’s Boss’s son lol!).

Don’t skimp on the chilling time before you unmold the cookies – I promise I’ve tried without and you’ll end up losing the patterned bits if the cookies aren’t completely chilled and solid. Give it 30 minutes before serving and you’ll be eating the biggest mouthful of darkly delicious fudgy chocolate cookie you’ve ever had. 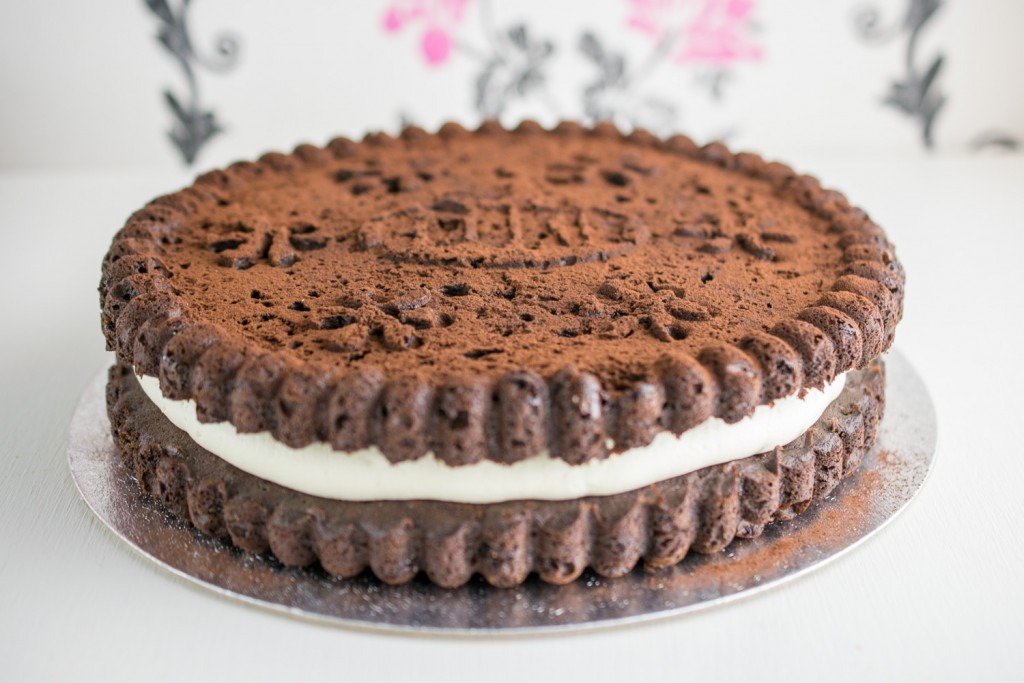 Print
Giant Oreo Cookie
What you have here is truly a huge homemade Oreo cookie rather than a cake, made to look like a cookie. Best served cut up into small chunks as it is so rich, it will definitely satisfied a big crowd at a party!
Servings: 20
: 281 kcal
Author: Just Jo
Ingredients
For the cookies
For the filling
Essential equipment
Instructions
Recipe Notes

I use Lurpak butter in *all* of my baking but especially when I want a white buttercream. Another trick it to add a teeny, tiny dot of purple food colouring gel into the buttercream and mix well, adding a single dot at a time until the yellow is neutralised and it appears very white. Try it - it really works!

Like this? Then take a look at these related posts: